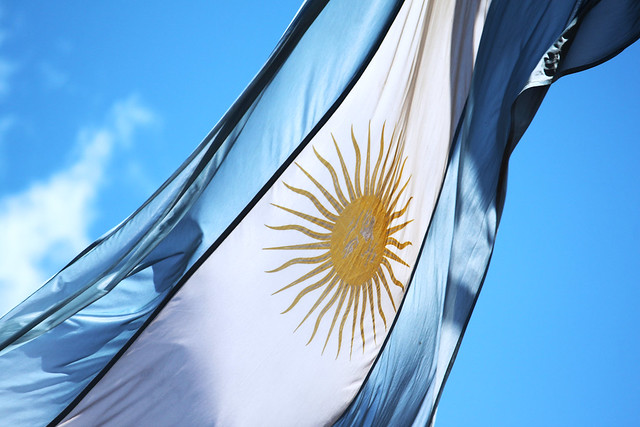 National Flag Day is celebrated today in Argentina. Typical festivites including folklore peñas and asados, and local dishes including hearty locro and pastelitos, will be enjoyed around the country.

The national flag is attributed to General Manuel Belgrano who first raised the eye-catching light blue and white national symbol, inspired by the Argentine cockade, on The 27th of February of 1812 in Rosario during the independence war. Although the first triumvirate did not approve the flag, it was allowed as a war flag until 1816, when it was finally made official after the declaration of independence.

The sun symbol was a later addition to the initial flag design, and is inspired by the Inca symbol of the sun god Inti.  The flag’s sun symbol has 16 rays in clockwise position and 16 in counterclockwise position, and is the same as the sun on the first Argentine coin.  The designer was the Peruvian Juan de Dios Rivera.

The sun symbol has also been referred to as the May Sun as on the rainy 25th of May of 1810, an emblematic date in the Argentine independence process, the sun finally shone through.

1 thought on “Sun is Shining on the Argentine Flag”