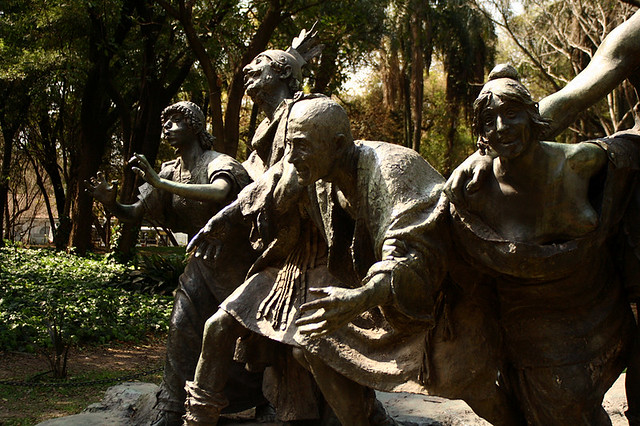 The Botanical Gardens in Palermo are one of the neighborhood’s most popular attractions with its array of vegetation, greenhouses and cats to match. There are also over thirty beautiful sculptures to admire and amongst them is Saturnalia.

The original brass monument was created in 1900 by the Italian sculptor Ernest Biondi, and was acquired by Hernán Cullen Ayersa who suggested he make a copy for the city of Buenos Aires. Due to its risqué thematic, the sculpture was held in customs for two years until Ayerza finally placed it in his garden until the 1950’s when he passed away and the sculpture was donated to the Museo Nacional de Bellas Artes.  It wasn’t until 1988 that it was finally placed in the Botanical Gardens.

The sculpture represents the pagan festivity dedicated to the Roman god Saturn (known for its orgiastic nature). It is composed of ten roman men and women in an inebriated and lustful attitude.