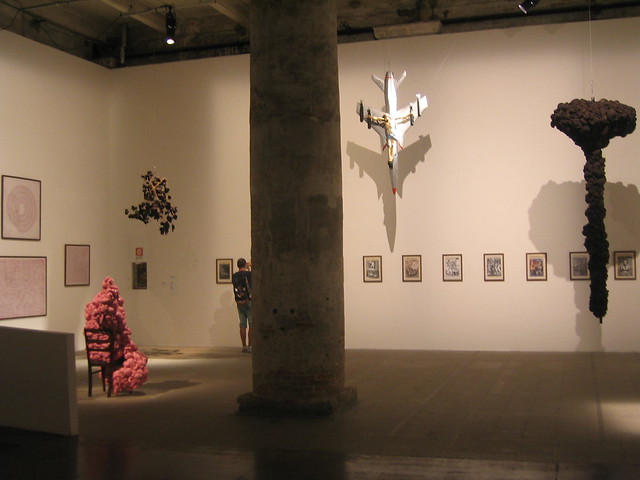 Leon Ferrari was one of the most prolific and controversial contemporary Argentine artists. His works, including collages and sculptures, questioned political and religious institutions, and the social hypocrisy surrounding them, and were often censored but also highly celebrated for their unique conceptual representation.  In 2004, his Buenos Aires exhibit at the Centro Cultural Recoleta was forced to close after the Catholic church voiced their opposition but was then allowed to reopen. Last year, the MALBA presented one of his last local exhibits that featured a collection of works combining braille and reinterpretations of biblical passages superimposed on images of erotic oriental art. It was, as usual, scandalous to some but did not reach the same level of controversy.

The artist also exhibited at the Museum of Modern Art in New York, and was given many awards, including the 2007 Venice Biennial golden lion award and the Konex award for most important artist of the decade in Argentina.

Leon Ferrari passed away today, in Buenos Aires, at the age of 92.