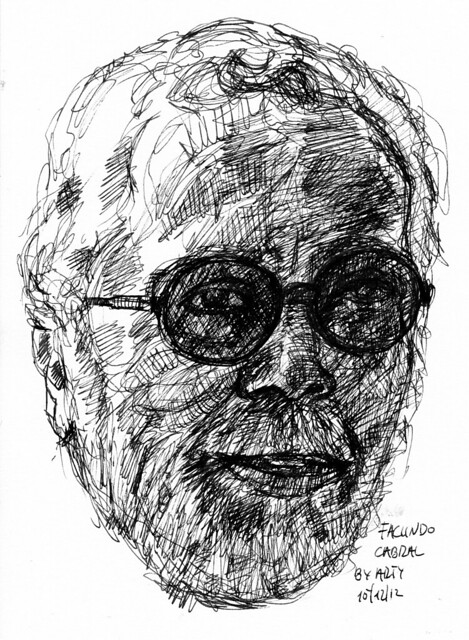 Facundo Cabral was a renowned Argentine folklore musician, as well as a writer and poet. His life was marked by extremes and extraordinary events, although he often sang about simplicity, humility, self-awareness and finding spirituality in everyday things.

Born in La Plata, he soon moved with his family to Tierra del Fuego after Cabral’s father abandoned his mother one day before his birth. He lived there with his mother and seven siblings until he was nine, when he ran away from his home with the fantasy of traveling to Buenos Aires to meet Juan Domingo Perón. The young boy actually managed to get to the then president and asked him for work for his family who then moved to the Buenos Aires location of Tandil. From then on Cabral went through a very tumultuous period in which he became an alcoholic and was sent to jail by the age of fourteen. Curiously enough, considering his later vocation, he was illiterate still by this time and it was in jail that a Jesuit priest taught him how to read and write. He escaped from prison a year before his sentence was terminated and on the many Paul Aster like twists and turns of his life, he came across a homeless man who recited the Sermon on the Mount to him, inspiring him to begin his artistic career.

During the military dictatorship he moved to Mexico and continued to develop his musical career traveling over 165 countries where he presented his songs. By the time he returned to Argentina ,he had built a name for himself and his popularity increased. He was later declared an illustrious citizen of Buenos Aires as well as a World Peace Messenger by the UNESCO.

As could only be expected from a life so full of color and drama, so his death was also out of the ordinary. On the 9th of July of 2011, Cabral was assassinated in Guatemala, allegedly as part of a dispute between gangs who were involved in money laundering.