The Soho art scene is vibrant, colorful and alive! Check out the following galleries on your next tour round the Palermo neighborhood and start thinking about Christmas gifts while you’re at it!

Hollywood in Cambodia: Set atop a Palermo bar this hip space specializes in street art and is run by street artists. The gallery produces monthly shows and hosts many art related activities. Thames 1885, 1st floor. Palermo.

Pabellon 4: Founded in 1996 by architects and visual artists this gallery is one of the oldest in the area and received backing from renowned architect Clorindo Testa. Uriarte 1332, Palermo.

Liminal Space Trilogy is the name of the new exhibit being showcased at the Faena Arts Center in Puerto Madero. The collection features the video installations of Russian collective AES+F who are centered in Moscow and work primarily with large-scale photography and video art. Throughout June, the arts center will be screening some of their most well known videos including The Feast of Trimalchio on the weekends of the 1st-3rd and 8th-10th of June, and Last Riot on the weekends of the 15th-17th and 22nd-24th of June. 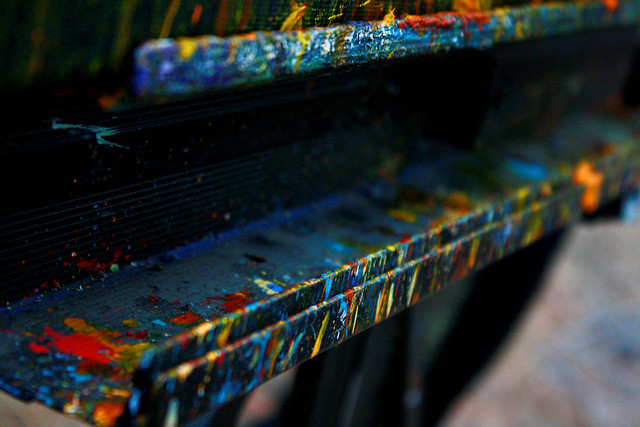 The biggest art fair of the year will be taking place throughout the weekend featuring the both local and international galleries and mostly contemporary Latin American art. The displays include works by renowned local artists such as Kosice and Marta Minujín, new talents at the Barrio Joven that features the works of young artists, and international art represented by Argentine galleries at the U-Turn Project rooms. Also, the Petrobras Prize will be awarded to five of four hundred Argentine artists who submitted works under the theme of exile. Finally, artists Alexander Wagner, Marcelo Cidade, Guillermo Peters, Roberto Winter, Sophie Erlund and Daniel Jackson will also be present at ArteBA. More information here.

The fair is open until the 27th of May from 1pm to 9pm at La Rural. Tickets are 70 pesos and can be purchased online here.

Tango orchestras, known as Orquestas Típicas, date back to the 1870’s, a period when the country was beginning to form its national identity after its independence in 1816. The first formations were very basic and consisted of guitarists, flutists and violinists. Afterwards they incorporated the piano, the double bass, the cello and the emblematic bandoneón, which replaced the flute until Astor Piazzolla reintroduced it.

Initially, Orquestas Típicas played in different venues, first in brothels and suburbs and later, as they gained prestige, in more open social spaces.  In the thirties, they also began to include musical scores, which contributed to the sophistication of the compositions and led to tango’s golden years in the forties with Troilo, Pugliese, De Angelis, Francini-Pontier, Discépolo, Manzi and Expósito as the leading directors and composers.