After a dozen flight hours, a taxi from Ezeiza airport, and a hot bath, you face your first real choice in Buenos Aires. What do I do next? Whilst mulling over it,  glass of wine in hand, that funky Latin feeling starts to tickle you into practicing your Spanish. Here are five suggestions to make it all the more fun, and some tips to master the local lingo.

It’s like Speed Dating, but without the obliged romantic interest! You’ll have five 20 minute conversations (10 minutes per language) with locals wishing to practice their English. They currently meet in 3 locations and you can find all the details at http://spanglishexchange.com/.

Whether you’re for Messi or Cristiano, there’s no doubt that Argentina’s soccer players are amongst the best in the world.  Imagine being able to learn Spanish while taking futbol lessons in a professional team’s complex with its youth players and managers. With a variety of options according to your stay time, it’s a must for any sports fan.  http://www.bafutboltours.com/ 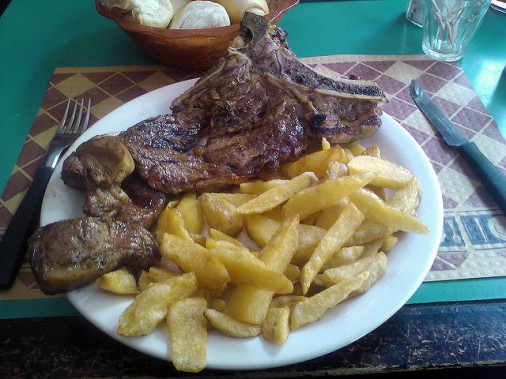 Nothing better than a taste of Argentina’s world famous Bife de Chorizo to soothe your appetite, or you can learn the name of other meat cuts here, and then tour the city parillas looking for your cut of choice. Mastering the menu in Spanish may be challenging, but the mozos (waiters) are usually friendly and offer a helping hand. You can’t leave the country until you’ve learnt how to say chimichurri properly.

Tango lyrics are as passionate as its music. Learning their meaning is a way into the heart of Argentina’s culture. Google translate in hand, you can beef up your Lunfardo skills while you drink a glass of Malbec wine and sing along to melancholic tunes. There’s tons of playlists, for example Karaoke Tangos for you to practice before you hit the milongas, and if you really want to master the art you can take a tango singing lesson in the nostalgic Almagro neighborhood with Anna Franken. 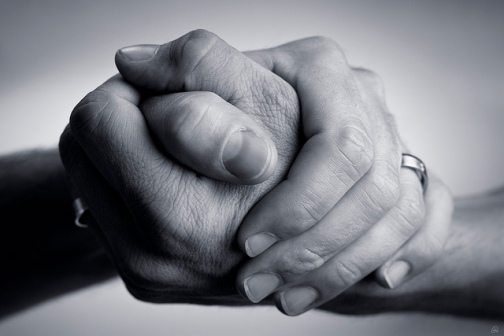 If helping others is your thing, BA Volunteer is a great chance of knowing the country through and with those in need. While you learn Spanish, you’ll also help leave a sustainable impact on the organization you volunteer for.

Argentine beef is renowned world wide for its quality and flavor so it’s only logical that it be such a hit with visitors to the country.  Parrillas however, offer much more than just beef, as a real asado also include offals (achuras) and delicacies such as Chorizo and Morcilla  (find a full list of translated meat cuts here.).  Below is a list of the 10  most common asado specials.

Provoleta– Served at the beginning of the asado whilst the rest sizzles, this is actually not meat but a tasty cheese. Never mind, it goes on the grill all the same and is topped with a bit of olive oil and oregano.

Chorizo– Many have written about the Argentine chorizo and the famous choripan, and for good reason. This tasty  grilled sausage is a parrilla favorite and a must try for visitors. It’s close relative, the salchicha parrillera, is also well worth trying.

Morcilla– Better known in English as blood sausage or blood pudding, this soft and dark delicacy, may not be for the squeamish but it is a delicious complement to the perfect asado. Not to be missed.

Chinchulin– It’s name comes from the Quechua word chunchul, meaning, intestine, and that’s exactly what it is, but don’t crinkle your nose until you’ve squeezed some lemon juice on it and tried it. It has a unique flavor and texture and is the favorite “achura” of many.

Molleja– This truly delicious asado staple is not as easy to get right, in terms of preparation, as others, so try it at a reputed parrilla where they’re sure to follow all the necessary procedures for perfect texture and flavor.  Squeeze a lemon and enjoy!

Riñon– Another favorite, but completely different in texture and flavor to chinchulines and mollejas is the kidney. They are especially tasty with a bit of provenzal sauce (parsley, garlic and oil) on top.

Tira de Asado: As it’s name suggests in Spanish (in English rack of ribs) this is a tasty asado classic. It is a good cut for those who enjoy their meat well done.

Vacio: or Flank steak is another very common asado cut. It is enjoyed both well done and medium rare, and is also commonly prepared in the oven with potatoes during the winter.

Entraña: Although traditionally this cut wasn’t  as often included in asados  as others, it has recently become very popular and for good reason. It is both low in fat and juicy at the same time, and is the perfect cut for those who like their meat medium rare or rare.

Bife: Steak, finally, the most well known cut. Sirloin steak (bife de chorizo) is the most common, and can be eaten well done, or rare. It can be ordered in two ways, either sliced in half and open, which is called mariposa (butterfly), or as it comes, in a slightly thicker version.  Tenderloin (bife de lomo) is a delicacy and considered to be THE finest meat cut.